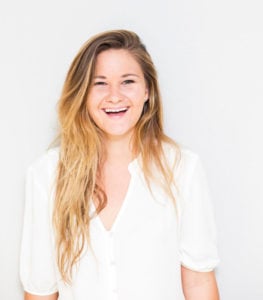 Working as a journalist for over six years, Emily has grown to learn that it’s the little details about a person that makes them who they are. Whether it’s an oncologist who likes to brighten her patients’ days by wearing glittery eyeshadow and colorful fingernails or a car buff who searched Craigslist for decades before he finally found his dad’s lost ’77 Corvette, everybody has a story—or several stories—to tell. And telling yours would be both an honor and a treat.

As a Story Terrace writer, Emily interviews customers and turns their life stories into books. Get to know her better by reading her autobiographical anecdote below.

My eyes squinted under the hot, summer sun as I watched my friend Ashley S. (there were a lot of Ashleys at this time in my life) zoom down the giant hill that led to the cul-de-sac where we both lived. It was a long road, just outside of Louisville, Kentucky, but the climb to where I stood was steep.

Especially for a tiny, 8-year-old girl.

“No hands!” she screamed as she flew down on her bike with the freedom and carefree attitude for which my naturally worried self had always longed.

I was the last one left up top. Everyone else in the group had made a pact to pedal down the hill, hands free. I intentionally did not sign up for that pact because of my fear of falling, and dying.

After making it to the bottom with an abrupt stop, Ashley S. was met with loud cheers and high fives from the cul-de-sac crew. Then they looked up at me.

Ashley S. and my other friend, Jon, yelled words of encouragement. Chelsea teased that I wouldn’t do it. My brother told me to hurry up and go already.

Summoning up every ounce of courage I could find, I started pedaling. After gaining a little speed, I took a deep breath and lifted my hands from the grips of safety and into the air.

I heard the distant cheering from my friends and felt the freedom I never thought I’d have the guts to chase—but only for a brief second, before I hit a small rock in the road and fell to the ground.

Despite my fears, I wasn’t met by the Grim Reaper. I merely suffered a small scrape on my knee. And I still received some high fives from my friends. 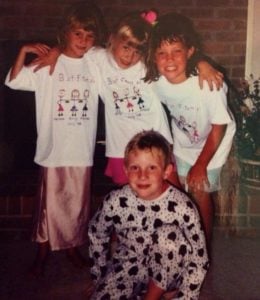 Get in touch today to work with Emily!