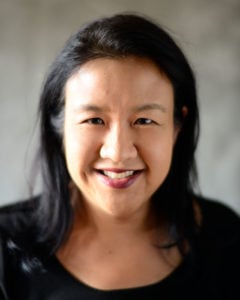 An award-winning writer who has reviewed restaurants, chased fires, profiled politicians, and quizzed celebrities, Elisa delights in writing portraits of everyday life the most. Formerly the food critic and dining columnist for The (Bergen) Record (northjersey.com) and a staff writer for The Philadelphia Inquirer, she is a graduate of the University of Southern California’s Annenberg School for Communication and Journalism. Elisa grew up in the Los Angeles area and now lives in Northern New Jersey with her husband and their two young, inquisitive sons.

As a Story Terrace writer, Elisa interviews customers and turns their life stories into books. Get to know her better by reading her autobiographical anecdote below.

The Chase for the Wild

“This way for the leopard!” hollered our driver in Kenya’s vast Masai Mara, gunning the engine.

I was not holding my breath.

We had spent the good part of a week hoping to catch a glimpse of a leopard: a skittish, nocturnal creature notorious for being the hardest animal to spot on safari.

Our jeep had given us a wondrous view of animals I had only seen in photos, cartoons, and toy stores: rhinos, elephants, giraffes whose heads rose into the sky, fluffy baby zebras trotting next to their parents, and lion cubs scampering like house cats.

But that sneaky leopard continued to elude us – sometimes by a few maddening minutes. We’d follow a report of baboons chasing a leopard, but our jeep couldn’t catch up. Or we’d hear excited Swahili crackling over the radio and hightail it to a tree where a leopard had been lounging. Or so we heard.

Welcome to the wild, where predictability can be as evasive as a leopard. One guide told us about a woman who pleaded with him to find a giraffe, her favorite animal. They did encounter a giraffe – being eaten by 10 lions.

During another drive, our jeep pulled up seconds after two lions had killed a wildebeest. Our driver felt terrible that we had missed a lion kill – a safari holy grail! – while part of me barely wanted to see the aftermath.

Here’s what I did see on safari: a wider cycle of life that included the inevitable step of death. Animals brought life into the world and fought to protect it. One animal escaping a chase might mean its pursuer starved. Leopards prowled when the moon rose and faded into the bushes in sunlight.

Ah, except for a few minutes on that crisp morning, when we learned that extraordinary sights can be witnessed by those who are patient with nature – and willing to shut up.

After all, leopards hate noise.

The leopard that roared into our view was fully enraged, staring down a pack of hyenas threatening its freshly killed breakfast. Its spotted tail flickered, its gorgeous fur rippled. Its magnetic presence seemed to bring the wilderness to a halt.

Yet this time, the leopard was brought to a halt by the more persistent hyenas. After a standoff, the majestic leopard abandoned its kill, leapt off the tree and stalked into the brush. Just another day in the wild. 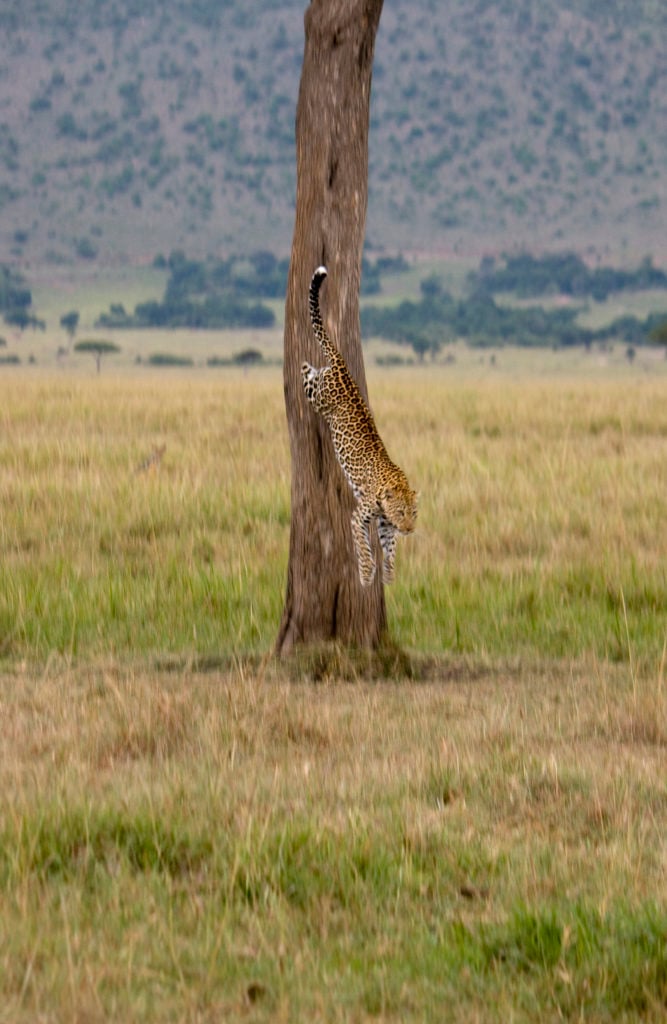 Get in touch today to work with Elisa!