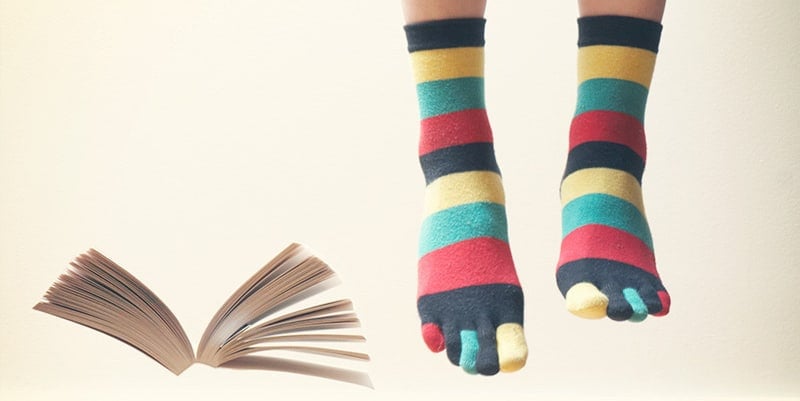 The second instalment of The Life of a Backstory.

By fleshing out the backstory and asking some key questions, writers can easily determine whether their idea has the potential to be more than just an idea, or whether it could be a bestseller.

She never breaths during these exchanges, she’s tried to, tried to relax, but she can’t. Now she sucks air in so deep her shoulders and abdomen convulse and exhales into a deflated diaphragm.

The theme is the same, the subject is always her and the outcome a tired pleading and the shudder.

She picks up the phone …

The only given in the above extract is that ‘she’ is blind, a) because you don’t need to be told that to read it (show don’t tell is something all writers should try to master) and b) because that’s the premise of the story. But these few lines throw a score of questions at the reader:

You could make it up as you go along, if you’re a naturally talented writer you may even get away with it, but for the rest of us we need the answers to these questions BEFORE we write these opening sentences.

Always write the unexpected. Step outside your comfort zone when you write. The adage of truth being stranger than fiction is true so DON’T BE PREDICTABLE.

When you consider the answers to the above questions you are now entering the realm of storytelling and the myriad pieces that go into that seemingly simple concept. Broken down thus far we’ve looked at and selected our story idea. Further to this you may find it helpful to consider the following when fine-tuning your story idea:

Select a story theme that will generate conflict, internal and external.

Conflict enables character development and generates opportunities for dramatic turning points in your story structure. So there must be a problem to be solved, an obstacle to overcome, a threat to be handled, decisions to be made and challenges to be met. Think back on the books you have read, they all have a conflict of some description as their thematic purpose.

Can your idea go the distance? If you flesh out our working backstory to two pages or less you should be able to tell whether you can write 90,000+ words on your topic.

Let’s review my fleshed-out backstory and decide whether it has ‘legs’.

Julia Graham is 22, she was raised by her aunt and uncle after the death of her parents in an accident that left her blind; she was seven years old. Her mum and dad were humanitarians and economists working in Eastern Europe with an aid organisation in some of the poorest former-Soviet countries. Julia’s mother had been a London banking executive and her father a successful entrepreneur. A Black Sea Cruise holiday had opened their eyes to a different world. Back home they couldn’t reconcile what they had and the lifestyle they enjoyed with what they had seen. Initially they chose charities to send cheques to but became more and more disillusioned by the Western way of life. They found they were square pegs in round holes at dinner parties where friends’ complaints seemed trivial and petty.

Julia’s mum was pregnant with her at the time they decided to stop sending money and do something. They didn’t want their child growing up blind to the plight of others. They found an agency that fit their skill sets. A meeting at first, then a 3-month trip to Chisinau, the capital of Moldova to meet the team and shadow volunteers to understand what everyone did and how projects came together.

On their return, their ‘old’ London life was more foreign than the streets of Chisinau and the village hamlets of the Black Sea countries. They sold everything they deemed irrelevant to the needs of basic living, put the rest in storage, let their home and went back.

Their work was challenging and exhausting but fulfilling in the extreme. Julia went to a local preschool and spent every spare moment with her parents. She adored them, her mother’s spirited enthusiasm and her father’s serene knowledge and quiet wisdoms.

They were travelling by boat down the Dniester River toward Palanca investigating the potential this might hold as a tourist destination. The accident was so unnecessary, so undramatic, or so it seemed to Julia. She only remembers snatches, terrifying pieces of a puzzle that she has never been able to put together. Black memories of screaming, of pain, of hearing her voice calling for her mummy and daddy, rough hands, cool bed sheets, soft voices. She was told the boat had capsized and her parents had drowned, that she’d been lucky, that she’d hit her head on the side of the boat and was going under when someone had saved her. She was a little girl, she was light, she was easy to pull up out of the water.

Julia has never believed this. The river was tranquil, her parents could swim and the older she got the more suspicious she was about the events that had led to their deaths and her blindness. She stopped asking about it when she stopped believing the answers but the desire for the truth ate away at her.

She’d been sent to live with her aunt and uncle. They were good kind people. Her uncle was her dad’s younger brother and her aunt was a few years his junior. They were newly married and had plans of their own family and future when they took custody of their niece. The sudden and monumental shift in their life and their plans changed everything: the air was no longer thick with love and intimacy, plans of children and summers in Spain. They no longer hurried through their days to get to their evenings. Her aunt resigned from her job, a journalist for an evening newspaper, to take care of Julia, now a special needs child. When her uncle got home, she was exhausted.

Sally, her aunt, was wonderful. She bought the right books, they attended the right classes and therapy sessions and slowly Julia learned to live with her blindness and the intervals between her grief and tears got longer.

Her uncle, Howard, was a practical man, warm and gentle when the occasion called for it and all action when he thought it was deemed necessary.

Over the years resentments built up, fingers began to be pointed, the money they’d inherited from her parents was barely touched (it was for her future), eventually the jibes and snarky remarks and then arguments started, and the blame. Sally got so worked up once she blamed Howard’s brother for being a fool, “thinking he could change the world” and “what kind of mother raises a child there?”

They never had their own children. Her aunt was over protective and had spent years inadvertently instilling fear in Julia about what she could “no longer do” and what was “now dangerous”. Her uncle believed she needed to let go a little, allow her some freedoms so that she may try to live a normal life. This was thrown back with “you’re not the one who spends all day with her, you don’t know how dangerous it is out there”. And then a list of the dangers.

As a little girl her uncle would let her try things on her own, pour a glass of water, walk without her stick, chose her own clothes by arranging them in a specific way, but her aunt would snatch the glass, grab her hand and set out her clothes for the day on her bed.

Julia’s guilt and fears consumed her.

And then there was the question: What really happened that day on the Dniester?

Right, let’s put it under a microscope now:

A final word when deciding whether an idea can be turned into a chunky, page-turner is to remember that film is primarily visual, theatre is all about dialogue and books, thoughts.

Does Your Story Have Legs? September 9th, 2016Theo Brainin