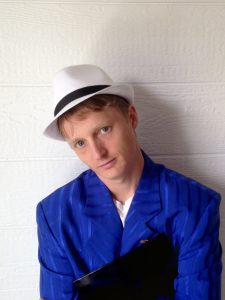 Devin’s work has appeared in San Francisco Magazine, SF Weekly, Voices of New York and the NPR-affiliate KQED. Besides being a writer, Devin has been a lot of things: A wayward street-corner youth, a circus performer, and a farm boy loading firewood into the family pickup truck. He has hitchhiked across America more than once, lived in the rafters of a communal artist warehouse in San Francisco, and studied kung fu in a quiet academy on top of a hill in rural China. Now, he reports on strange people, forgotten murals and, occasionally, his own bizarre past.

As a Story Terrace writer, Devin interviews customers and turns their life stories into books. Get to know him better by reading his autobiographical anecdote below.

Here’s a backstage trick from my circus days: When I was waiting to go on, I used to run through a complicated variation of the itsy-bitsy spider to warm up my hands. I would touch each finger to my thumbs — index, middle, ring, pinkie — in succession, as fast as possible. I figured if my hands kept steady through a series of quick, small motions like that the juggling and dance tricks would be easy. I was doing this in Los Angeles one night, about five years ago, in a glamorous beach-side resort you might have seen in movies, when I had a disturbing thought: There was a short flight of steps right outside the door behind me, and if I threw myself down those steps, I would probably twist an ankle, or something, and have a good excuse to pull out of the show.

This is not what a performer should be thinking backstage, and looking back, I realize it’s the moment I decided to trade in handstands and juggling toys for critical essays and journalism school. A little bit of nervous energy can be good for a show. But on this night, I was seized with an abject, deer-in-headlights kind of fear, which is never good.

Still, there I was, decked out in a bright, three-piece suit with a white fedora and fresh tennis shoes, my heart pounding and my fingers missing their cues. The crowd, an assemblage of high-level honchos from a major fast food chain, cheered for the next act as the M.C. called my stage name — “Deviiiniooo” — and the piercing shriek that opens James Brown’s “Get Up Offa That Thing” filled the ballroom. The show goes on, ready or not.

Everything turned out fine. My tricks landed, as jugglers say, even if it wasn’t the greatest performance. I got paid that night — $500 plus airfare — and flew home to San Francisco in the morning. But my backstage panic haunted me for weeks. I realized, eventually, that it wasn’t just nerves bothering me that night. There was a larger problem: I had stopped having fun on stage, and the fun is what makes standing in front of hundreds of eyeballs bearable. I decided to focus on my blog, and took my first newspaper internship a month later.

I think most people have moments like this. Key parts of life where something in our brain shifts, and we see the need for a new path. And those are the moments I look for in my storytelling, whether I’m working on a news-based podcast, a magazine-style arts feature or a short story for a literary magazine. 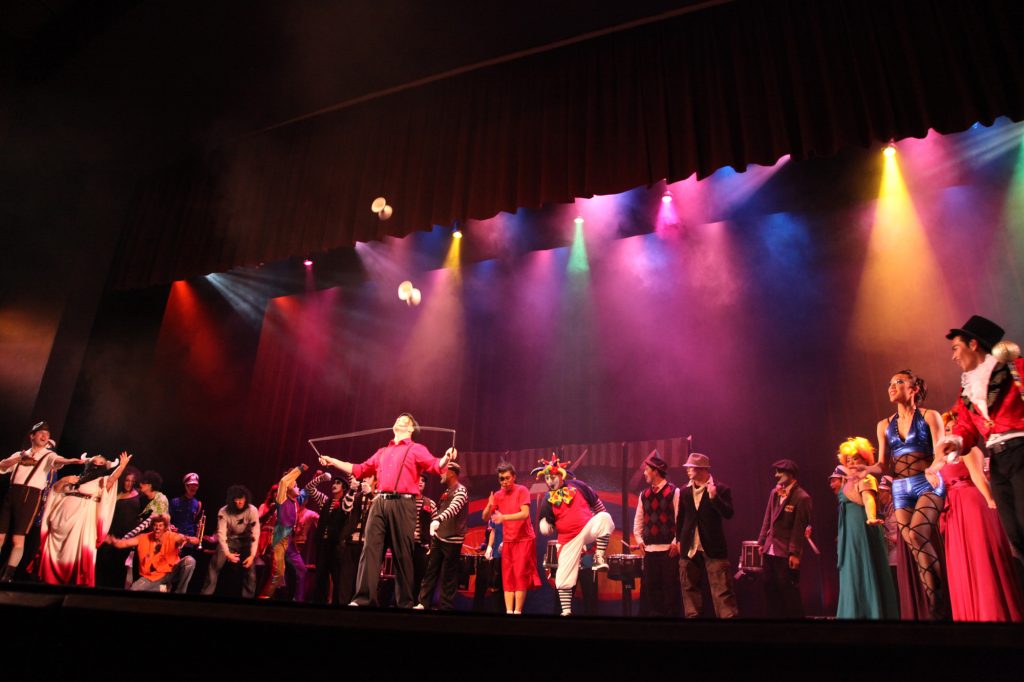 Get in touch today to work with Devin!