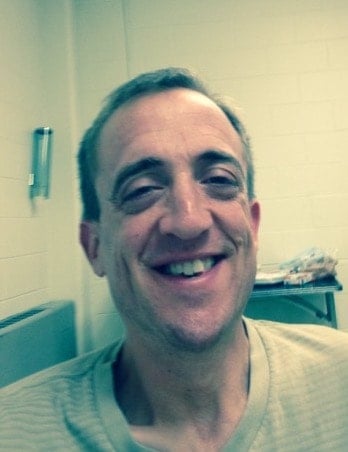 After enduring the corporate grind for over fifteen years, David embarked on a journey of career change in 2012 via his lifelong passion—writing. Never before did he realize how much joy, fulfillment, and satisfaction that decision would bring. Since then, he has written various biographies and assisted in the writing of entrepreneurial books. David describes his decision to become a professional writer as: “The third best thing I’ve ever done, with marrying my wife and adopting my daughter being the first two!”

It was like interviewing for my dream job, only way more important than that! I’ve never been more nervous in my entire life as the day my wife, Amy, and I met the birth parents of our daughter Madeline, or as we affectionately call her, Maddie. Just picture that instead of your dream job being at stake, you’re interviewing for the dynamic of your family.

The very foundation of my family was on the line. What if they don’t like us? What if they think we’re not rich enough, successful enough, tall enough? Maybe they’re Yankees fans! Considering that my wife and I earn only a moderate income, are steadily employed but not high-powered executives by any means, delightfully diminutive, and die-hard Red Sox fans, all these things seemed to be legitimate concerns at the time.

Then, they arrived. Maddie’s birth mother, birth father, and four-year-old big sister showed up looking just as nervous as we felt. Her birth mother, about five months pregnant with Maddie at the time, was still understandably struggling with the decision to choose adoption and visibly upset. As the adoptive dad-to-be, I needed to battle entire generations of genetic stoicism, overcome the very nature of my being, and get the conversation going.

It can be hard as an adoptive dad to know when you need to step in. This was clearly one of those times. With Maddie’s birth mother summoning all of her superhuman strength to get through what must have been the most difficult meeting of her life, and Amy trying to comfort her the best way she can, it was up to the dads to get things going.

We were at a Chinese restaurant, and although I did little more than stir the same four or five grains of MSG lathered rice on my plate, Maddie’s sister ate impressively. To my amazement, I think she even ate crab legs and that archnemesis of children everywhere, broccoli. “She eats broccoli?” I quipped. Maddie’s birth father just sort of smiled and responded, “She’s always been a pretty good eater.” From that moment on, he and I conversed almost naturally. This made it much easier for me to stop obsessing over trying to say the right thing, acting successful enough, and trying not to show anybody the Red Sox tube socks I had on.

Today, Maddie is a smart and funny nine-year-old that Amy and I love unconditionally, forever. 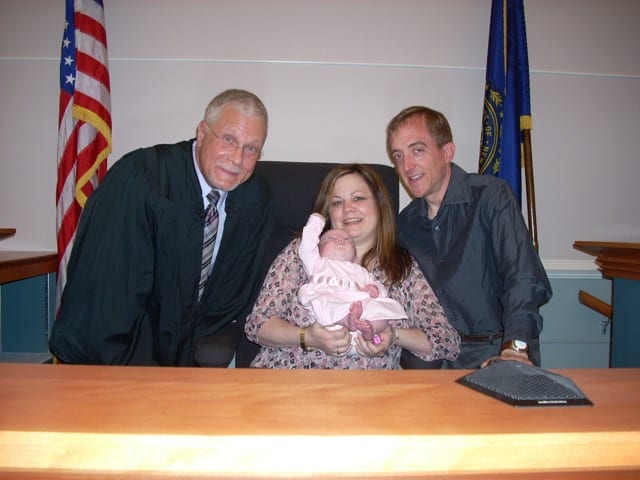