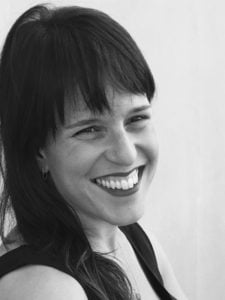 A bit of a wanderer, Danielle blames her parents for taking her all over the world from the time she was little. Her curiosity has led to reporting trips as far away as the remote shores of Lake Tangyanika in Africa, to the nearer-at-hand Atlanta suburbs. Her work, focusing on social justice and equality, has been published in The Daily Beast, The Christian Science Monitor, ESPN, Fusion, and elsewhere. When she’s not writing or editing, she’s playing peek-a-boo with her daughter or hiking up or skiing down a mountainside.

As a Story Terrace writer, Danielle interviews customers and turns their life stories into books. Get to know her better by reading her autobiographical anecdote below.

The Price of Rice

I was tired, frustrated, and ready to go. But an impromptu strike over the rising price of rice had gotten the better of my plans. I was not having a good day.

I’d just finished a beautiful, but never easy (read: never flat), five-day trek through the isolated mountains of rural far western Nepal. I was there to write a story about the three Chhetri sisters, who founded one of the country’s first woman-owned hiking guide services.

I’d come with my guides, Fhulmaya and Bina—two of the hundreds of women the sisters had trained—from the pristine shores of Rara Lake, the country’s largest. That last morning hike to the village of Talcha had been bitingly cold, and my gloved hands ached as we cut through a thick mist. I’d loved the journey. Still, I was ready to head back to the creature comforts of Pokhara, the tourist hub where the Chhetri sisters based their operation.

And then the strike. Thirty or so angry young men marched up the remote gravel airstrip from which I was supposed to depart, shutting it down. We were stranded in Talcha’s lone guesthouse for the night.

After several hours of waiting the next morning, Bina came running: a helicopter was coming! I raced up the steep hill to our guesthouse, wheezing from the altitude, and grabbed my pack. Back to the airstrip. Expectant. Hopeful.

Soon, a hulking army-green helicopter landed. An old Russian machine, it was now branded with WFP (World Food Program) lettering. As men off-loaded bags of rice, the pilot deplaned, “Top Gun” sunglasses and all. He saw me and marched over.

In the space of a short exchange, in that middle-of-nowhere hillside hamlet, I learned that my pilot was Col. Madan K.C., responsible for saving Beck Weathers and Makalu Gau from Everest during the disastrous 1996 climbing season. Ferrying them to safety had been among the world’s highest ever helicopter rescues. He invited me to join him in the cockpit after take off.

Sitting on a small stool snuggly between Col. Madan and his co-pilot, I learned more. He told me of landing on a 20,000-foot-high slice of icy mountainside with space for just one side of the landing gears, the other swaying perilously in the void; of the atmosphere so thin, he had to allow the helicopter to plunge precipitously for several seconds upon takeoff before being able to regain control and elevation.

I stared in awe, alternately at him and through the windshield, sweeping views of Nepal’s massive mountains rolling by below me.

I had to chuckle. As annoyed as I’d been; as frustrated by my circumstance; as much as I’d wanted it to just be over, wasn’t this why I traveled? Wasn’t this what would set me off on my next adventure? Wasn’t this moment, really, everything? 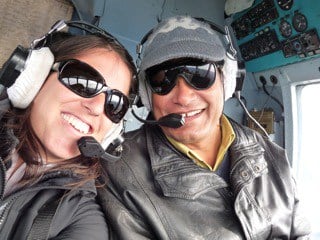