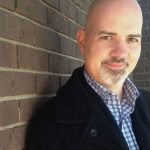 Dan lives in central Ohio, where he tells stories and tries to convince himself that mac and cheese is health food. His prize-winning fiction draws on his travels throughout Europe, Asia, and the Pacific Rim as well as a convoluted employment history spanning everything from subpoena server to assistant well driller. Dan’s work has appeared in publications such as The Saturday Evening Post, Nature, and Plan B Magazine. His debut novel, Titanshade, is forthcoming from DAW Books, an imprint of Penguin/Random House.

A Brush with the Past

Sometimes you take the time to ponder the big questions in life, and sometimes you just stumble into them. For me, it’s mostly been the latter. Whether it was delivering a letter to a Tibetan Buddhist monastery only to find they had one open slot in a month-long retreat (and getting invited to fill it) or accidentally spending the night in a graveyard while hitchhiking across Vietnam, I often seem to unintentionally find myself grappling with the ways that we deal with our own mortality.

It happened again recently when I was asked to join an overnight ghost hunt in Mansfield, Ohio’s Bissman Building. The site of several scenes from the film The Shawshank Redemption, the Bissman is a massive commercial structure that over the years has become a storage house for weird objects and strange happenings.

I was brought along by a friend working on a book about ghost hunting for Kent State University Press. He wanted to see what normal folks (like myself) would do when they found themselves in a location that’s been featured on popular “haunted attraction” television shows.

So I was equipped with monitoring equipment, given a tour and an oral history, then set loose to explore. Over the course of the night, there were strange noises and sudden breezes, neither of which is unsurprising for a drafty building more than a century old. What I found more riveting were the stories told by the building’s owners. Through those tales, I learned the history of the brick and mortar around me as well as the many people who had walked its cavernous halls.

At the end of the night, I don’t know that I was more inclined to believe in ghosts, but I certainly felt that I’d had a brush with the past. The stories of the workers and families who worked, lived, and even died in that building should be shared, re-told, and remembered. It’s these snapshots of our past that give insight into our present and guide us into the future. 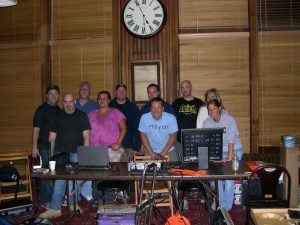