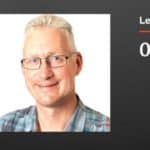 Dan has been writing professionally for 35 years, and has received six journalism awards. In addition, he was awarded an Honorable Mention award for the Novel-in-Progress competition held by The William Faulkner Literary Society. A graduate of the University of Delaware, Dan studied journalism and creative writing before training in public relations and marketing at The Media Institute of Philadelphia. He has served as ghostwriter for manuscripts commissioned by both businesses and individuals. His writing specialties include medical, healthcare, health and fitness, wellness, business and industry, history, biography, memoir, fiction, spirituality, sports, and entertainment.

As a StoryTerrace writer, Dan interviews customers and turns their life stories into books. Get to know him better by reading his autobiographical anecdote below.

On a spring Saturday of my fifth-grade year (my eleventh year alive), I ran away from home to join the carnival. No, not really—but the lie I would tell my mom made me feel as if I had done as much.

Each year, five miles down the highway from my home, a large traveling carnival would come to town and sledgehammer its stakes into the bare ground of a large deserted lot. My parents had taken me a couple of times when I was younger, but now I wanted to experience the carnival on my own terms. I wanted to see some attractions that mom and dad wouldn’t let me patronize.

The morning was pleasantly warm with air made fragrant from freshly mowed grass when I rolled my bicycle out to the driveway, mounted it, and prepared to dash away.

My mom hollered from the doorway. “Hey, where are you going?”

I twisted in my bike seat and hollered back. “To the park, to meet the guys. We’re gonna ride up to school and play baseball.”

She closed the door.

I sprint-pedaled my way to the carnival grounds, hid my bike in some overgrown brush, and snuck in through a gap in fairground perimeter, avoiding the entrance fee (my funds were limited).

I made my way through the midway’s horseshoe layout, passing by the food service stands and hot dog trailers. I was a boy on a mission. I blended into the crowd strolling down the midway’s dirt path promenade, past an assortment of game booths, grind shows, and illusion tents. In the concession area, snack-stand residue permeated the air as the breeze from the trailer ventilators flavored the midway atmosphere with the scents of grease-boiled French fries, caramel popcorn, cotton candy, and the sizzling oils of assorted fatty meats. The odors combined to create a ubiquitous hazelnut aroma.

But I had no interest in any of that. I knew what I was looking for. And soon, there it was before me, in all of its striped-canvas and peak-roofed glory: the sideshow, or the “freak show” as it was called by the “rubes” (carnival slang for local yokels). As I lingered at the threshold of the forbidden, I studied large banners with colors more compelling than a rainbow’s. But one banner gripped my gaze more than the others. It advertised someone known as “The Man with Two Noses and Three Eyes!” The schematic artwork depicted the cheerful face of a man who had two perfectly shaped noses and a bright, well-formed third eye. A tape loop played on public address system aroused me from my hypnotic trance.

“See incredible sights gathered from the four corners of the world! Step right up! Come inside! It’ll only cost you twenty-five cents—one quarter of a dollar—to see the greatest collection of nature’s mistakes displayed on one stage! And they’re alive! They’re living! They’re breathing on the inside!”

I handed some pocket change to the ticket seller and entered this den of bad dreams. Inside, I joined a crowd that stood in front of the stage on the sawdust-covered dirt floor.

Before I got to see the man with that sublimely distorted face, I had to wait through acts that included the alleged fattest man in the world, the woman with elephant feet, the human worm (no arms and no legs), a magician, a tattooed lady, and a sword swallower.

Finally, it was time. The emcee made the announcement. “Ladies and gentlemen, I would like you to meet the remarkable William Durks, the man with two noses and three eyes.”

No applause; only expectant silence. Durks took the stage, wearing a canvas bag over his head, and was handed a microphone. “Good day, ladies and gentlemen, I am William Durks.”

With that, he removed the sack from his head. Women in the audience gasped. Men looked on in wide-eyed wonder. A loud guffaw sounded from the rear of the audience.

My reaction was one of silent disappointment. His noses looked nothing like what they were claimed to be, and it took a great leap of imagination to consider the round depression in the center of his forehead a third eye. Rather, his face looked like a mush of pink-white pulp, as if someone had bludgeoned his face with an ax. Though Durks’ features were horribly displaced, like a split watermelon, there was no immediate evidence of two noses or a third ocular orb. Two lumps of amorphous flesh did sit on either side of the face, but these outcroppings only had one nostril each. The area between them looked red and mucusy and glistened under the harsh, yellow lights that shined from above.

I soon figured out what this was all about. I had seen pictures of children with cleft palates in the medical books my aunt owned (she had studied to be a nurse). What had distorted Durks’ face was an extreme case. His cleft palate began at the roof of his mouth but continued all of the way up to his forehead.

I felt cheated, lied to.

As I pedaled home, I knew it was the price I paid for lying to my mom.