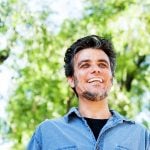 Whether Damon is writing a song, a screenplay, or someone’s life story, exploring the wondrous quirks of his fellow hominids is his favorite subject matter. His interest began when he was uprooted from the snowy, blue-collar environs of upstate New York to the plastic sunshine of southern California. While jarring at the time, Damon now views this transition as the door opening on the colorful diversity of the human experience. He lives with his longtime girlfriend and a rogue’s gallery of recalcitrant animal ingrates: three ill-behaved cats, two gluttonous turtles, and a grumpy old Chihuahua.

As a Story Terrace writer, Damon interviews customers and turns their life stories into books. Get to know him better by reading his autobiographical anecdote below.

My Greatest Comeback Ever

You know how you always think of a great comeback—a day too late? The perfect witty retort is never handy in the moment. And yet one time I was able to miraculously conjure up my all-time greatest comeback. Sadly, it didn’t end well, and it begins with this ridiculous list:

3) Bearing fruit of the womb

According to a goofy Los Angeles morning radio show, this list is “The Four Duties of Women.” It’s sexist, juvenile, offensive—and exactly what we (a group of immature idiots in our twenties) thought was the pinnacle of humor.

The scene: coming home from a movie. The players: I was driving, my girlfriend and my two troublemaker friends in the back seat, and my girlfriend’s mother, Barbara, next to me in the passenger seat. For some reason, the subject of The Four Duties of Women came up, and my friends chimed in from the backseat peanut gallery: “Tell Barbara about The Four Duties of Women!” Bad idea, I thought. Not only was Barbara dour and uptight and definitely not known for her sense of humor, but she was also an attorney specializing in women’s equality issues.

Even my knuckleheaded, young self knew that this comedy gem wasn’t going to fly, so I politely demurred. As my friends kept prodding from the back seat, and I kept trying to change the subject, an exasperated Barbara finally barked at me, “Oh, just tell me, it can’t be that bad. I’m an adult, I can take it.”

I was torn. On one hand, I had serious doubts that Barbara could “take it,” but on the other hand, she did open the door and extend the invitation. Meanwhile, my dopey friends weren’t helping my resolve: “See? She said it’s fine! Go ahead!”

“All right,” I sighed, “if you say so.” (Pause to gather courage.) “The Four Duties of Women are: cooking, cleaning, bearing fruit of the womb, and shut the hell up.”

The good news is that I was right: Barbara couldn’t take it. Unfortunately, that was also the bad news. She was instantly fizzing over with righteous indignation and proceeded to berate me for the unenlightened little worm that I was:

Did I think that was funny? Did I even understand how offensive it was? Is that what I thought of her daughter?

As her tirade washed over me, I knew I was in the doghouse with Barbara, perhaps permanently. So I figured I had nothing to lose when I realized she had unwittingly tossed a slow one right over the plate, and I decided to go for the grand slam. I waited patiently until her diatribe came to its conclusion, then I glanced over at her and calmly said: 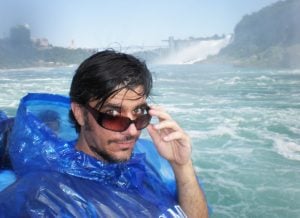 Get in touch today to work with Damon!