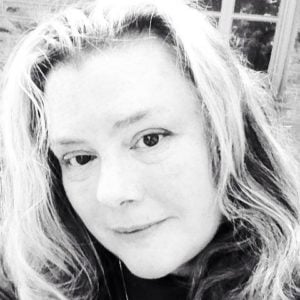 Cheryl lately spends much of her time in reflection and writing about the past. Previously, she sought to blend a life of the mind mixed with adventure. In addition to holding two master’s degrees and candidacy in a third, she was once shipwrecked, spent two years as a newspaper editor, was a student stunt pilot in Australia, and a world traveler still in possession of a long bucket list. She is the author of a historical narrative work and also writes memoirs. She is a proud fourteenth-generation Virginian. Family, history, and saving the past matter the most to her. Cheryl also writes for the Times-Virginian newspaper and for Ranker.com.

As a Story Terrace writer, Cheryl interviews customers and turns their life stories into books. Get to know her better by reading her autobiographical anecdote below.

I ran away from my life when I was 35. It was the biggest mistake of my life. It was also the greatest thing I ever did with my life.

Leaving behind a broken marriage and my two children in the care of my parents, I wound up in the Southern Hemisphere for more than two years. Before my departure, I was always somebody’s daughter, somebody’s wife, somebody’s mother. And then for two years, it was just me.

You’ll get no argument from me that the timing was horribly wrong—such adventures were meant for the young, the free-of-responsibility set. But it was the chance I chose. I stole it from the near-middle years of my life. I have regrets; I have no regrets.

It was brutally painful those first weeks. I was consumed with guilt, yet filled with the exhilaration and wonder for which I had always longed.

About a month into my strange hiatus, I flew with friends to Esperance, Australia, a place of magic. Esperance sits windswept along the Eastern coastal edge of Western Australia. Cerulean water rolls up clear from the Indian Ocean, and in the evenings, the sunset paints the white foam and the white sand a tender pink.

There was a man I knew there who was a good bit older than me. His house was on the beach, and he spent a week feeding me fresh seafood, sailing me around the archipelago that dotted a dreamy landscape, and he wanted to marry me, but I was young, foolish, and could not recognize the bounty he offered along with his devotion.

Instead, I and my friends mounted horses and galloped down the snowy, warm beaches and up over gleaming white dunes, and I fought off the guilt that consumed me. There was heaven in those moments.

Get in touch today to work with Cheryl!