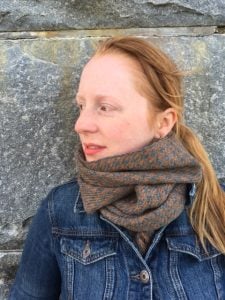 Chelsea is a passionate storyteller and draws inspiration from both sought and unanticipated life experiences. Her first play, Like We Wasn’t People, was based on the teens she met during her time as a foster care social worker and has attracted the attention of Hollywood with a feature film pending. Chelsea has also been a waitress, historical tour guide, and most recently, senior content strategist for an acclaimed marketing agency. There she oversaw and generated authentic and SEO-friendly copy, and now freelances elegant, branded content for a wide variety of clients. A true INFJ, Chelsea loves one-on-one discussions, Americanos, and the sea.

As a Story Terrace writer, Chelsea interviews customers and turns their life stories into books. Get to know her better by reading her autobiographical anecdote below.

I descended a few steps, and stopped, swallowing for air. Echoes of human voices volleyed off the walls like those of taunting goblins in impenetrably close quarters. Staggering up the granite, the only word I could breathe to my partner was “No.”

When Jonathan and I embarked on a bike tour down the coast of Portugal during an adventurous week away from the tug of young parenthood and graduate school back in the States, I never imagined the metaphysical baptism by air and stone in the Initiation Well at the Quinta da Regaleira estate. The mysterious, 88-foot tunnel connecting subterrain to tower—a rock channel joining heaven and earth—was apparently built both for Masonic rituals and triggering claustrophobic tourists.

Garbed in a thin layer of sweat and dust from our bike ride up the hill, I entered the Quinta grounds with no predisposed notions. Enchanted by whimsical sculptures and tile mosaics of lizards, rabbits, harpies, and cherubs and the twisted stairways and paths leading from lush, symbol-laden parlors to breathtaking rooftops vistas, I had no concept of what awaited me when we stepped gingerly up a new path to another rooftop, this one with a doorway leading deeper inside.

We entered a sudden stairwell, narrow and pressed tight with t-shirted tourists brushing arms and elbows as they climbed up and down a cast-in-stone golden ratio. Far below, encircled by the stairway, shone a tiled floor, resonant with hoots and hollers from visitors testing the chamber’s echo power. Suddenly unable to breathe, palms broken in beads of sweat, I pattered up the steps in quick escape.

Outside again in the water-cool breezes, I succumbed to shame and frustration. The air was loaded with strange energy, sure, and the space was tight, but hundreds of tourists clambered up and down those steps—why not me? Jonathan met me at the top and signaled another way in—a ground-level passageway that delivered visitors into the base of the well. The tunnel, red with lighting strips vibrating along the dusty ground on either side, offered a dank welcome. Gathering a quiver of rational thoughts and steely determination, I slowly traversed the tunnel and entered the well. Inside, the downward pressure of 88 feet of tightly packed air pulled my body down, anchoring my feet like roped stones tossed into the sea. Above us, a circle of light—the sparkling sky—while on every side, shadowed, rounded walls of rock. 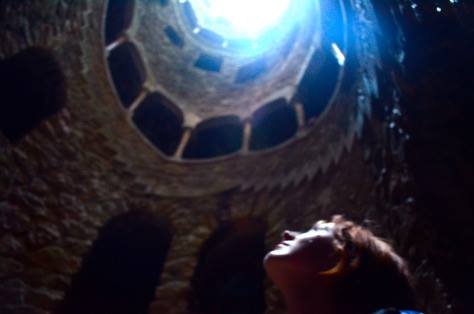 Get in touch today to work with Chelsea!