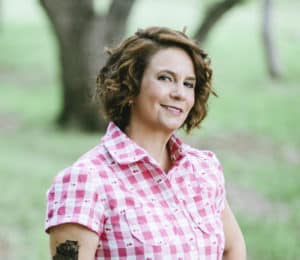 Carolyn has ten years of experience helping smart, accomplished people take book projects from fond desire to published reality. She finished her PhD at 29 and headed straight into the Ivory Tower. Five years later, she sneaked out the back gate and never looked back. She loved teaching analysis, theory, and composition, but if she never attends another committee meeting it will be too soon. Carolyn has ghosted fourteen book titles and edited twenty more. She also has a mild obsession with puppets.

As a Story Terrace writer, Carolyn interviews customers and turns their life stories into books. Get to know her better by reading her autobiographical anecdote below.

My daddy brought home that Willys jeep without telling anyone he’d bought it. It rumbled up the driveway. When he turned off the ignition, it shuddered and coughed so you could hear it all down the street before going still and placid as an old warhorse. We three howled with delight (and what kid wouldn’t?). My mother just raised her eyebrows and sighed (and what mom wouldn’t?).

It would rattle the teeth right out of your head, and couldn’t be coaxed above 28 mph. But we begged him to take us riding whenever he got home. On Saturdays, he would. We took it to the garden center or the hardware store. The smell of potting soil and iron came to overlay the ever-present eau de rubber and cordite. On the way home, we sat on top of bags of fertilizer, holding potted tomatoes on our laps, grinning. The dirt and mulch would cushion the worst of the impact, but our knees still wobbled for the first few minutes after hopping down. We felt like jungle adventurers.

It would never have gotten us to church that Sunday. And my mother never would have allowed it anyhow. We would have arrived windblown and disheveled, our Easter dresses and bobbed hair a wreck. Besides, it had no seatbelts. The most we could convince her to do was a family photo in the jeep before climbing in our boring white station wagon. But oh, I was sure the risen Savior would have smiled to see the Willys roll into the lot at the First Baptist Church. Jesus was a lot cooler than my mom.

We would drape it in star spangled streamers each year for neighborhood parades on July 4 and Veterans Day. Mother gave us tiny flags to wave and candy to throw to the kids. She never wanted to ride along, but she’d stand in the crowd and snap a picture as we rolled by, grinning. Dad smiled a lot when he drove that jeep.

The Willys still lives in my parents’ garage, though it has slept for years. A pile of ropes, tarps, and rolls of duct tape has grown like moss on the hood. The cab is stacked with old furniture.

We’re all grown up and gone (in more ways than one). But sometimes I think about cleaning it out, firing it up, and asking to go for a ride. It would be good to see the Old Man smile. 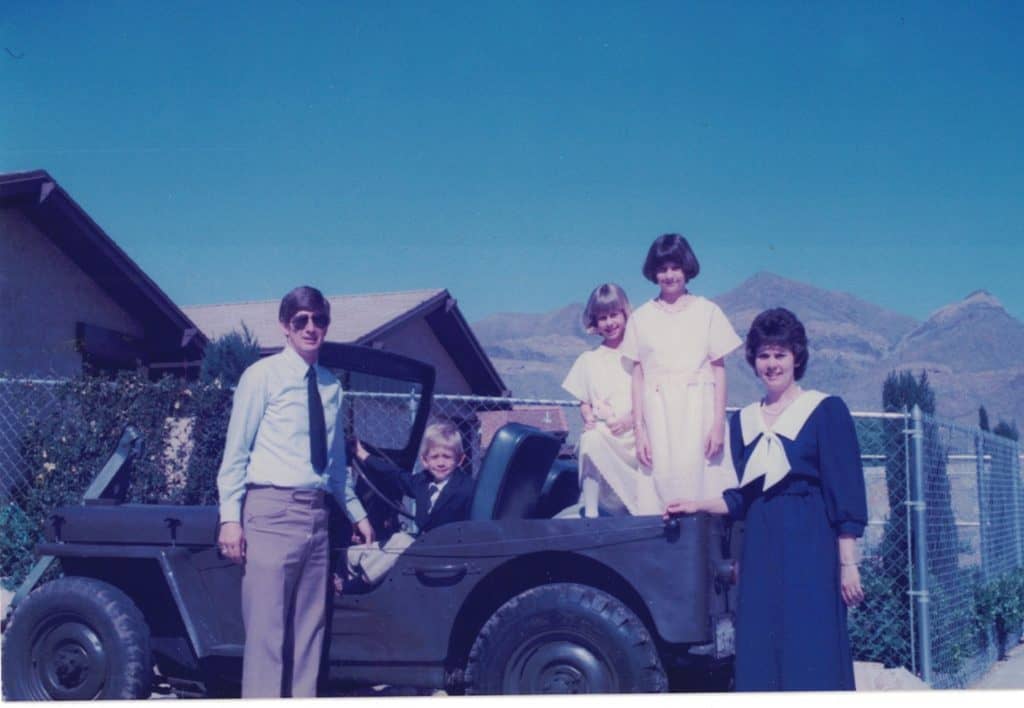 Get in touch today to work with Carolyn!