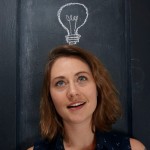 Cait is a New York City-based writer and comedian who graduated from the University of Florida with a BA in History and has lived in Florida, China, and France. Originally, she wanted to work in politics, but she didn’t look great in a pants suit. She has worked as a marketing copywriter, an associate editor for a magazine, and a ghostwriter. She founded a comedy website where she write for blogs, does sketch comedy, and does live performances across the city. Her at-home-co-worker is a bulldog named Beyonce.

As a Story Terrace writer, Cait interviews customers and turns their life stories into books. Get to know her better by reading her autobiographical anecdote below.

The Secret of Chinese Peanut Butter

For an American, living in the Shaanxi Province of China is like being on an island, miles away from anything familiar. Coffee is a novelty, only sold after 4:00 p.m. Toilets are literal holes in the ground. The TV has only ten channels and every single one is showing a subtitled rerun of Gossip Girl. I was an idealistic college student, and it was all exhilarating and offbeat. A landscape of people and rituals I could conquer. It was my own little manifest destiny.

I landed with another American student as a roommate, and we both tried hard to blend in. We were blonde and bright-eyed, often speaking too softly for anyone to understand. We bought local clothes. We wore socks with sandals to keep out the dust. We started eating strange food from street carts. We wanted to be people of the world instead of just Americans.

After three weeks, we were over it. We wanted coffee. We wanted toilet seats. We wanted french fries.

We didn’t realize how desperate we were for the familiar until the day my roommate came home with peanut butter. She ran through the apartment, into my room, threw down her backpack, and pulled out a glass jar.

“Peanut butter!” she squeaked out, excited and proud.

“Where did you get it?” I asked, grabbing the jar and quickly opening it to shove my nose in.

“The little store down by the Tai Chi park. I looked up how to say ‘peanut’ in the dictionary and asked the guy, and he said yes, and can you believe I found peanut butter?!” she panted through the explanation.

Somewhere on Facebook, there is a picture of me sitting at a small dining room table, hugging a jar of Chinese peanut butter. We spread it all over flat, hard bread and thought of home.

Turns out that the Chinese don’t eat peanut butter. The general consensus is that it’s gross and should only be used to seal your windows in wintertime. After almost a year of living in China, we finally figured out that we were, in fact, eating sesame seed paste. And a lot of it. Funny thing is, when we finally got ahold of some real peanut butter, via a care package from our parents, we discovered that sesame paste tastes NOTHING like peanut butter. We were so isolated from what we knew, we couldn’t seem to taste the difference.

Lucky for me, I learned that sesame seeds are actually very good for your heart. And, notably, so is travel. 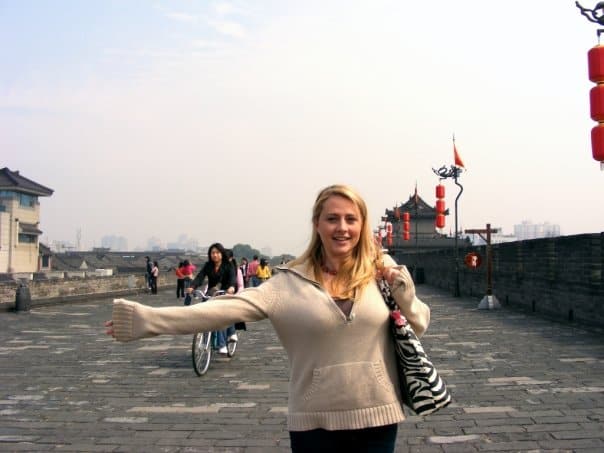 Get in touch today to work with Cait!