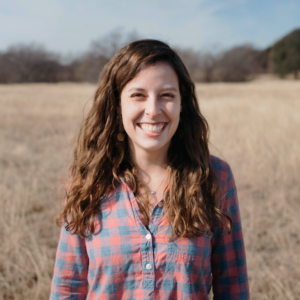 New York-born, Texas-raised, and Midwest-educated, Caillin is a native of nowhere, but likes to think of everywhere as her home. Caillin earned her BA in Journalism from Webster University in 2013, and has since been published in American Way magazine, as well as on several climbing and outdoor lifestyle blogs. When not busy with her job as an event planner for a chain of climbing gyms in the Dallas area, she is always planning her next climbing trip.

As a Story Terrace writer, Caillin interviews customers and turns their life stories into books. Get to know her better by reading her autobiographical anecdote below.

The Power of Art

My art career was short-lived. It ended the day it began on one fateful summer day at the age of four. Inspiration struck at the worst of times, as my poor mother was taking a moment to herself to shower – something rare and treasured when you have twins. Now unsupervised, my four-year-old brain immediately churned to decide the next thing I could draw on, and presumably, destroy. I was so beyond paper. What about the brand new car in the driveway? What if I, Caillin Murray, could draw my mother’s face on her own new car? How cool would that be? Plus, my mom would love it. She’d have to. So I wandered outside, surveyed my canvas, picked up a hefty rock with a nice fine point, and went to work.

The next part did not play out as well as I had imagined. I held the rock and tentatively scratched out a portrait of my mother. In my head, the picture turned out beautifully; a perfect rendering of my mother’s face, and I was an artist of Michelangelo’s proportions. However, My brain could not properly instruct my clumsy hand on how to draw this beautiful picture, so what resulted looked more like our neighbor’s cat had attacked the car. My mother’s head was a giant, misshapen oval, with large orb eyes, and a disproportionately tiny body. Her hair was stringy, and consisted of four solid strands on each side. She might have been waving had I been articulate enough to draw fingers on the end of her stick arm. Surveying my handiwork, doubt superseded my confidence. This picture was not the spitting image of my mother as I had hoped – it looked more like Mrs. Potato Head. I assure you, my mother does not look like Mrs. Potato Head.

Moments later, my mother dashed out of the house in her bathrobe. “What are you doing?” she yelled – but did the answer really matter? The damage was done. She ran to the side of her car to see what I had created.. She looked at me, bewildered and asked one question: “Why?” A reasonable question, yes, yet it’s one I can’t rationally answer to this day. That’s the power of art, I suppose. Sometimes you just don’t know why you did it, only that you felt inspired, and that was reason enough. 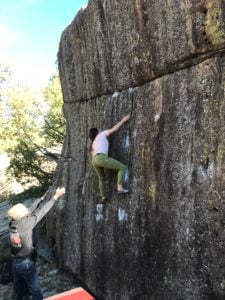 Get in touch today to work with Caillin!