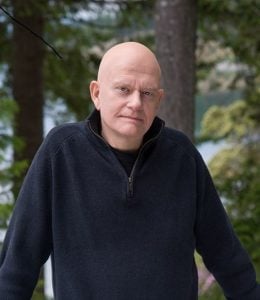 Bill is a New York Times bestselling author, who has published more than 50 novels, a dozen short stories, and written everything from television news to ad copy and speeches. His day begins with a workout, followed by four slices of Spam to counter the workout, and a morning dedicated to writing. His daily writing is depending on what’s due, which could include fiction, a blog for an online magazine, or something biographical, like transcribing the journal his father wrote during an epic voyage to Asia at the age of nineteen.

As a Story Terrace writer, Bill interviews customers and turns their life stories into books. Get to know him better by reading his autobiographical anecdote below.

Across A Crowded Room

Rock and Roll music pounded my ears as my buddy Rion and I entered the big room. The University of Washington held dances in the Student Union Building back then. I was on leave from the navy, and Rion was a student.

People were dancing, the place was packed, and I was standing on a flight of stairs. As I looked out over the sea of gyrating bodies, waving arms, and flying hair, I saw her. A girl on the far side of the room. She was dancing, which means there was a guy, but I have no memory of him.

I followed the stairs down to the main floor and lost sight of her. It was difficult to move through the crowd. Mick Jagger was singing “I can’t get no satisfaction…” as I circled the floor. A momentary opening appeared, and I passed through. The song ended. There she was, up ahead, parting company with a boy. Not a boyfriend then….Thank God for that.

The tightly packed bodies made it impossible to circle around. All I could do was tap her on the shoulder. She led me out onto the dance floor. That’s when she turned. I saw dark hair, huge eyes, and a softly rounded face. She smiled. The music started, and time seemed to slow, as the thoughts came and went. Would she notice that I couldn’t dance? Yes. Would that ruin my chances? I feared that it might.

The song came to an end. What to do? I asked her for another dance. She agreed. And, as the second song came to an end, I got my chance. “Thank you,” she said. “But I have to go. I have a test to tomorrow, and I’m supposed to be studying.”

We left the building and made small talk as we walked to her dorm. Then, when we stopped at the door, the moment of truth arrived. I worked up my courage. “I’d like to see you again. Could I have your number?”

Marjorie smiled and said, “Yes, you can.” She scribbled the number on a slip of paper and gave it to me. Then she said, “Goodnight,” and entered the dorm.

My thoughts were whirling. I clutched the piece of paper like a talisman, like something precious, which it was. Rion was waiting back at the dance. “How did it go?” he inquired.

Marjorie and I were married two years later. She’s intelligent, beautiful, and loving. As for me? I still can’t dance. 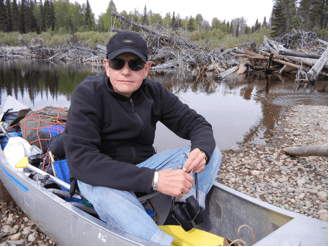