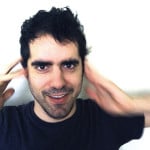 Andrew taught college creative writing for seven years. He was the Carol Houck Smith Fellow at the University of Wisconsin-Madison and a Beverly Rogers Fellow at the University of Arizona, where he received his MFA. He has ghostwritten over a dozen full-length books for a wide range of people, including business leaders and motivational speakers, some of which were placed with major presses. He also writes and publishes both fiction and nonfiction under his own byline. Currently, he’s at work on a second “first” novel and a collection of essays. When not writing, he’s ghostwriting, and when not ghostwriting, he’s playing in bands, joining book clubs, and getting to know Chicago and its beautiful inhabitants.

As a Story Terrace writer, Andrew interviews customers and turns their life stories into books. Get to know him better by reading his autobiographical anecdote below.

The restrooms were kept locked. The girl working the counter buzzed me in. It was a one-urinal-plus-single-stall affair. The stall was occupied, apparent to me when a man stuck his head over the stall door as I entered. He was dark-skinned and mid-30s, disheveled, clothes dirty from living on the street.

“I’m so sorry,” he said, smiling but appearing flustered. “I’ll be right out.”

“Take your time,” I said, queuing up outside the stall door.

He came out and went to the sink, apologizing again, but it was me who should have felt bad for encroaching on his space. The homeless have few options when it comes to restrooms. Chicagoans enjoy a thriving local business scene. We turn our noses up at chains. One-of-a-kind eateries, boutique shops, and mom-and-pop joints abound. Your options are diverse here. But these establishments share at least one commonality: the same sign, sometimes hand-scrawled and taped up and other times printed directly on the pane.

“Bathrooms are for paying customers only.”

Afterhours, when the libraries shut down, the homeless have few options outside of alleyways or a Starbucks or McDonalds. Say what you will about mega-chains, at least these two have a blanket policy to keep their public restrooms public.

I closed the stall door behind me. Floating in the toilet was the bright orange cap of a hypodermic syringe. A blood-soaked wad of tissue paper and an empty plastic bag the size of a quarter lay on the floor. It was suddenly clear why the man had made a hasty exit with such strange deference. He had been shooting up.

He was still washing up at the sink. Something compelled me to comment. “You got to flush your caps and bags,” I said, playfully. “They’re going to get you in trouble.”
He stopped washing his hands. I could hear the sound of the faucet running straight into the sink. “You a cop?” he asked.

“How you know what that is then?”

I knew because, as a young man, before going back to college, before becoming a writer and a college teacher and the kind of person who commands at least a little respect, I had frequented secluded single-stall restrooms like this one for the exact same reasons as him. I should have kept this to myself, but I didn’t. I felt compelled to briefly explain my past.

But apparently, he didn’t understand that the past was the past. He put his head over the stall again, this time from the outside. “What’re you doing in there? You know where to get more?”

I put my hands up, roll of toilet paper in one. “I’m just going to use the bathroom! I wouldn’t have any idea!”

He studied me suspiciously, perhaps trying to decide if I was worth a quick roughing-up and shakedown, but he appeared to believe me. “Not that kind of party, huh?” he said, giving a laugh. He backed off and returned to the sink, shutting off the water. Relief descended over me.

We exchanged friendly quips before he left. I told him to stay warm. It was winter, and the temperature was hovering around zero outside. It was so cold your tears froze instantly to your eyelids.

The whole exchange was probably ill-advised and dangerous. But I’d felt compelled to acknowledge him precisely because I knew I shouldn’t and that most others wouldn’t. The choices he had made, and the ones made for him, had lead to a life others recoiled from. It seemed important to acknowledge him as I would anyone else. It seemed more important than with anyone else. It wasn’t required of me anymore than it was of the counterperson to let him in, but I was glad I did. 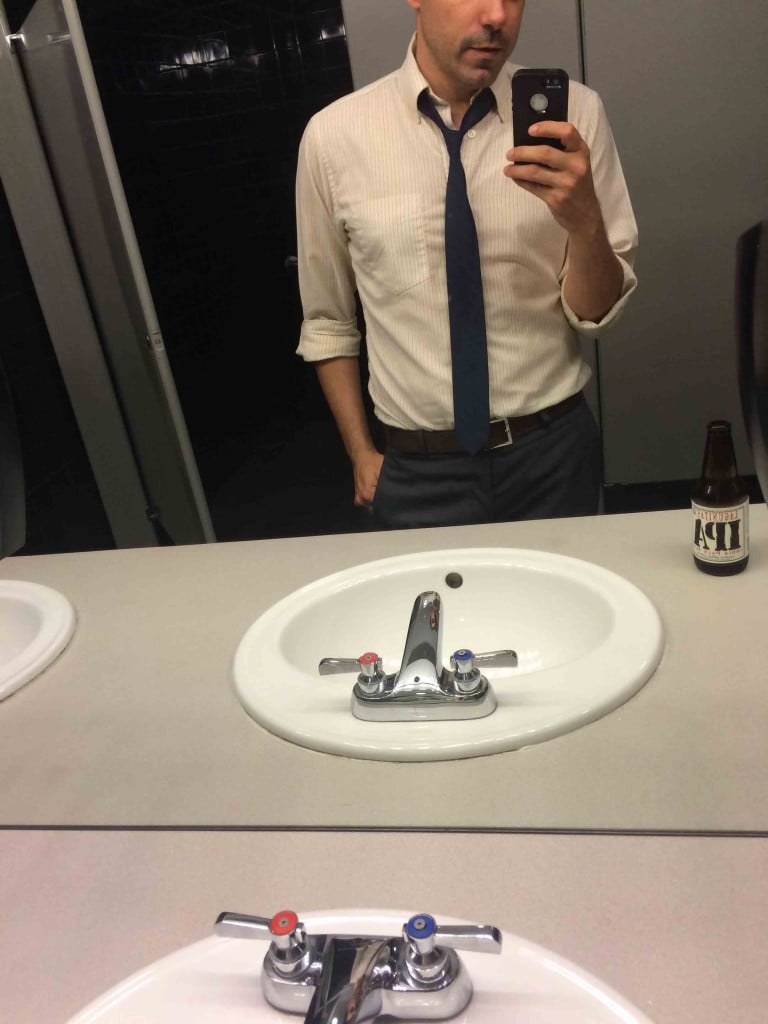 Get in touch today to work with Andrew!