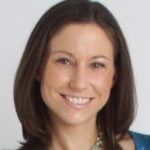 Andrea has been a professional writer for over twelve years. She now freelances full-time through her business, Eloquence Writing and Editorial Services, which affords her the flexibility she needs to care for her three young boys. Andrea also works independently for several marketing and web design firms, has written for a number of local and regional newspapers, and is a regular features writer for Vetrepreneur Magazine where she profiles the lives and careers of our nation’s veteran business owners.

It was January 10, 2013, and the call came while I reclined in a dentist’s chair. My husband and I had recently completed the rigorous, invasive, and lengthy process of becoming licensed foster-adoptive parents and had been waiting for a call from the state ever since.

An unapologetic tomboy, I’d always wanted to raise a family of loud, rambunctious boys, so we’d asked to receive calls only about one or more boys needing homes. We were also hoping for younger children, naively believing they’d be less likely to have severe behavioral or emotional problems. The worker who called that day described brothers, ages two and four, who seemed to be just the children we’d been waiting for.

Exhilarated, I called my husband to tell him about the boys, glossing over the worker’s vague references to “some behavioral issues” displayed by the older brother and focusing instead on the fact that I’d been told the biological parents hadn’t been attending their supervised visits with the boys. This was especially important because we wanted to adopt, which was much more likely if the parents were disengaged.

I called the worker back to tell her “yes,” and just a few hours later, our new sons walked through our door, clutching McDonald’s Happy Meals and trailed by two workers with several suitcases of belongings (much of which turned out to be too old or ill-fitting).

Despite seeming shell-shocked and fearful, their little faces lit up when we put on a Madagascar DVD and presented them with the carefully selected toys I’d just purchased during a frenzied Target run. My little Hispanic boys didn’t speak much English, but it didn’t stop them from trying to communicate, and my husband and I delighted in deciphering their unending questions.

And so our life together began. It’s been almost four years, and this journey of ours has been nothing like we imagined. We’ve uncovered many disturbing truths about our sons’ former lives, and both have been deeply impacted by what they’ve been through. Our engaging, inquisitive older son has a host of profoundly challenging emotional and behavioral issues (and a long list of diagnoses, including autism, to accompany them) and is partial to dolls, ballet, and dress-up. Our sweet, sensitive younger son, who escaped his parents relatively unscathed, has nonetheless struggled to overcome the impact of early trauma and neglect.

The bit about their biological parents being disengaged turned out to be completely untrue, and over four years after our sons were placed in foster care, we are still waiting to adopt them while their case is tied up in appeals court. We also welcomed a biological son in July 2015, who simply adores his older brothers. And each January 10, we celebrate our “Family Anniversary.”

Thinking back to those early days and how far we’ve come, it’s difficult to pinpoint who has learned and grown more as a result of our collective trials and triumphs—us grown-ups or our kids. Suffice to say, we are all better than we were before, thanks to sharing our lives and our love with our extraordinary sons. 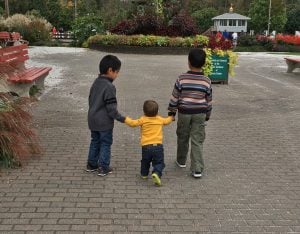