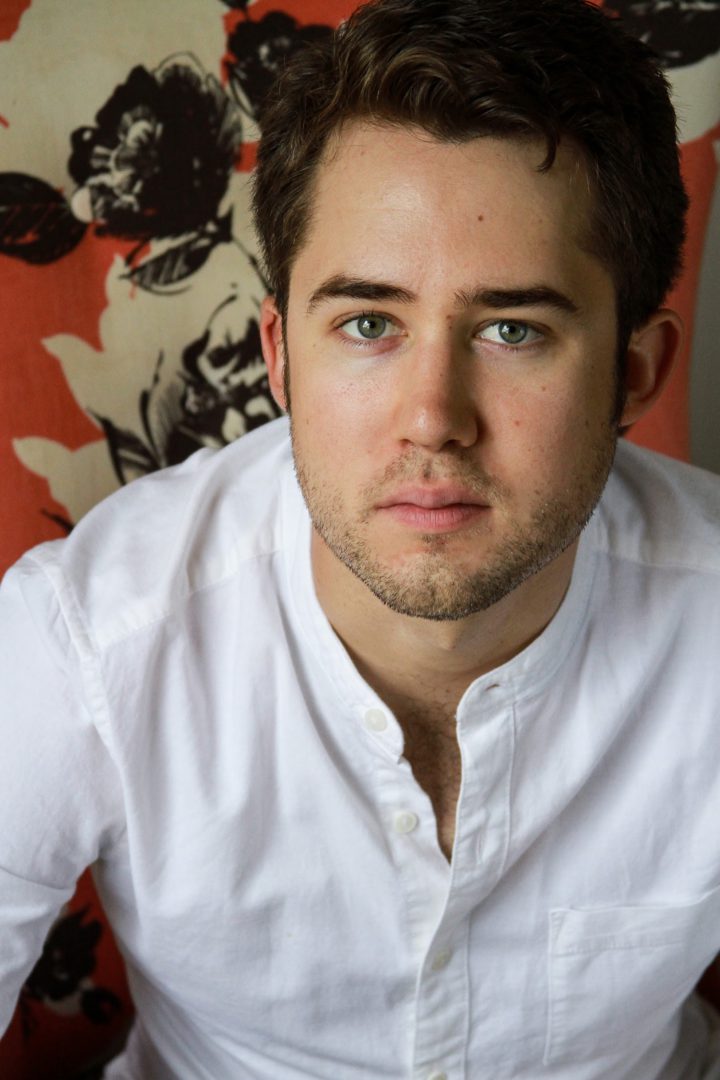 Anderson was born in North Carolina and spent his early years in Tennessee before his family relocated to Silicon Valley, California just as the tech boom was taking off, leading to a childhood filled with the collision of old and new. After graduating from New York University and Carnegie Mellon University, he taught writing, critical thinking, and social justice courses at the City University of New York, high schools in four boroughs of NYC, and correctional facilities on Rikers Island while writing and producing critically-acclaimed independent musicals (acknowledged in Billboard, Time Out New York, the FADER and more). After winning the Sloan Screenwriting Grand Jury Prize in the Tribeca Film Festival, he transitioned to writing scripts for film, television, and podcasts, with work developed and supported by the Alfred P. Sloan Foundation, Spotify, At Will Media, Tangerine Entertainment, the Geena Davis Institute on Gender in Media, and the Boston Conservatory. Next year, one of his musicals will receive its German language premier in a tour throughout Germany. He’s currently developing screenplays and podcasts for several studios out in Los Angeles, California.

As a StoryTerrace writer, Anderson interviews customers and turns their life stories into books. Get to know her better by reading her autobiographical anecdote below.

Hula and the Ghosts

I grew up in a housing development built on top of an old orchard. A big farmhouse still stood at the corner of the neighborhood, built by the family who once owned the orchard. The farmhouse was twice as big and three times as old as any of the new suburban homes in the neighborhood, like mine. The orchard was a nice metaphor for the town’s progression, a reminder of its agricultural past with a subdivision to house tech workers built on top. But it was also a link to those who had come before; the farmhouse was haunted.

My dad discovered this when he talked my brother into walking up to the door to trick or treat one Halloween as I cowered back at the gate. The two old occupants who answered the door proudly told my father all about their “bored old friends” – their dead ancestors still residing in the home. These old friends would move things around and make a racket, but never had any malicious intent.

Hearing that the ghosts were friendly did little to quell my terror at the thought of seeing
one in a window one day, or worse – if one got lost and wandered down the street to my house.

One of my household chores was walking my dog, Treasure, around the block, past the farmhouse, after school every day. My personal challenge for each walk was to see how long I could maintain calm around the perimeter of the farmhouse, until fear seized my body and I had to run back to safe suburbia.

And then it got even worse – a ferocious and terrifying German shepherd moved into the farmhouse. The dog would sprint across the yard and bark its head off at Treasure and I whenever we came into sight, and would follow us along the fence til we were gone, bared teeth menacing us.

I hated that farmhouse and I hated that dog – until one day, when leaping up at the fence to bark at me, the dog’s collar hooked around the top loop of the chain link fence. The dog began to choke.

I was eleven years old and I didn’t know what to do, but I knew the dog was in danger. I ran over and tried to lift the thrashing dog, but I wasn’t strong enough. However, the dog used my outstretched arms as a support to jump off and over the fence – right next to me and my dog.

All of a sudden, this was the sweetest dog in the world. She played with Treasure and jumped all over me, licking my face. The dog’s name tag read “Hula” – a far cry from the bloodthirsty monster I had imagined.

The front gate to the farmhouse was locked. So Hula followed me home, and over the next twelve hours, we became fantastic friends. After Hula’s owners picked her up the next day, she never barked at us again – and I always walked up to the fence to say hello.

Years later, my grandfather gifted me a copy of his favorite book for my high school graduation, Letters to A Young Poet by Rainier Maria Rilke. Inside, I found a quote that explained why Hula meant so much to me: “Perhaps all the dragons of our lives are princesses who are only waiting to see us once beautiful and brave. Perhaps everything terrible is in its deepest being something helpless that wants help from us.”

Hula was a small chapter in my life – but she’s stuck with me, and always will. Every person has a lifetime of these small moments that make up who they are, and it is a privilege to help someone write that story. I’m excited to discover, write, and explore your stories together – the small chapters that add up to a life.

Get in touch today to work with Anderson!