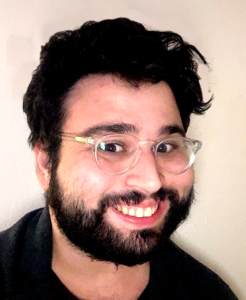 Alex hails from Rockland, New York, but inherited a Bronx accent from his parents and Yiddish witticisms from his grandparents. He graduated from Boston University’s College of Communication before moving to New York City and then Los Angeles. His first play “Ravel” debuted to a sold-out run in 2016. Alex cherishes the importance of preserving personal and family histories. When his grandparents emigrated to America as Holocaust survivors, their stories were all they had to bring. People cannot live forever, but their stories can. And should.

It’s What Grandmas Do

Flying the ten-hour flight from John F. Kennedy Airport to the Warsaw Chopin Airport is exhausting. When you’re a teenager, the effects are mitigated by staying hydrated. When you’re an octogenarian, it’s much harder.

Thankfully, my grandma got to sit in first-class.

My grandma, Pola Sigiel, was born in 1923 to a Jewish family in Częstochowa, Poland. In 1939, Germany invaded Poland, and her childhood was ripped away. Through incredible strength and incredible miracles, she survived the Holocaust. She immigrated to New York with her new husband (my grandfather) and her infant daughter (my mother) in tow.

And in New York she would stay for 57 years. She didn’t want to go back to Poland. New York was her home.

In 2006, somehow I convinced her to go back to Poland. I wanted her to show me her old home, to show me her Częstochowa. For her grandson, she’d do anything: it’s what grandmas do.

She was sixteen when the war broke out. She was 83 when she landed in Warsaw.

I couldn’t see the Poland she had told me about. I expected to see a country stuck in the screen-printed, blustery winters of USSR agitprop posters. Instead, driving from Warsaw to Częstochowa, all I saw was farmland interrupted by gas stations with farmers in perspired, sleeveless shirts.

We arrived in Częstochowa. She gave me the tour. She began to cry; I grasped her hand tight. She pointed to her family’s apartment, and then her best friend’s apartment. I couldn’t see those places: I saw a Pizza Hut and a KFC.

She pointed out the Jasna Gora Monastery, the home of the Black Madonna painting: the holiest relic in Poland. I saw that too.

But so what? It’s a church. We’re Jews. Why would you ever go there?

When she wanted to cut school, nobody would ever notice a Jewish girl like her at the Jasna Gora Monastery.

For a second, I didn’t see my grandma. I was just a teenager with another teenager, holding hands together.

I started to cry.

Then, suddenly, I saw my grandma again. She grasped my hand tight. She didn’t want her grandson to cry: it’s what grandmas do. 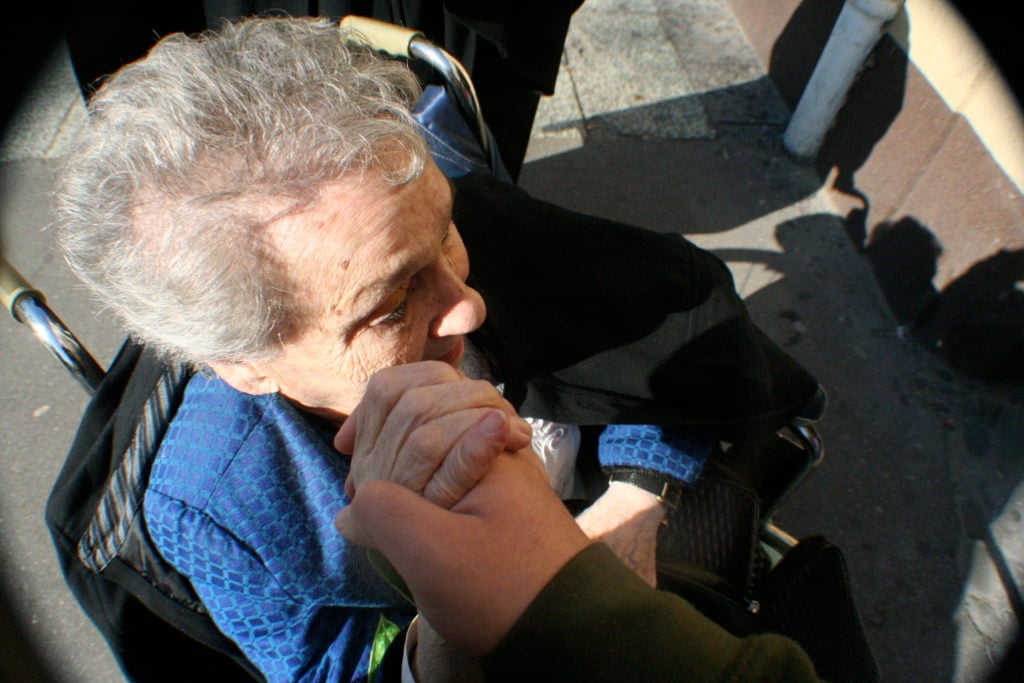