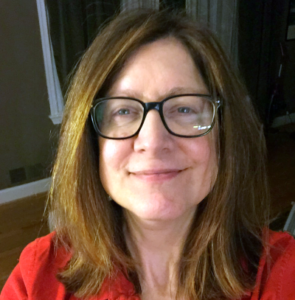 Jackie thinks her true talent might be singing, but her husband suggests she save that gift for the family. She is a writer in the Washington, DC area with clients including the Yale University Press and Cavendish Square Publishing. She had the privilege of working with Dr. Jane Goodall for over ten years as a writer and editor at the Jane Goodall Institute and more recently enjoyed five years as a writer at the National Science Foundation. Now a freelancer, she is happy to have a book recently published called Martin Luther King Jr.: Fulfilling a Dream.

As a Story Terrace writer, Jacqueline interviews customers and turns their life stories into books. Get to know her better by reading her autobiographical anecdote below.

The Power of Morkie

He is only ten pounds but has stopped traffic. Drivers in roadways have paused to roll down windows and exclaim upon the cuteness that is Titus the Morkie (half Maltese, half Yorkshire terrier). Even the vet melted, taking Titus into the back so the rest of the staff could meet him.

Titus has a teddy bear face, raggedy white bangs, tufty feet, and, when he is happy, an open, droopy-tongued smile. As a wee pup, one ear stood straight up, the other flopped. Upon meeting him, my 80-year-old mother, Janet, said with a touch of wonder, “He looks like a toy.”

Titus and my mom—a soft-spoken, compassionate, and radically but quietly intelligent family therapist—bonded instantly. Titus claimed Janet whenever my husband and I visited my parents in Connecticut. He would park on her lap, facing outward like a ship’s figurehead, clearly self-satisfied while she scratched his back. For her part, she liked to look down at his face and say, happily, “Your little nose. Your button eyes.”

My 84-year-old dad? He likes feisty little dogs as much as green eggs and ham. He does not hold Titus. He does not pet Titus. He does not have Titus jumping up on his knees. He’s been afraid of dogs (cats, too) all his life. But after a couple of visits, I see him smile when Titus races in, crouched low, stumpy tail wagging, charging to greet each of us. I see Dad laugh when we say, “Wanna go for a walk?” and Titus celebrates, circling, standing on hind legs, front paws out as if he’s trying to levitate or get us to high-five.

A few months ago, Titus was hospitalized with hemorrhagic gastroenteritis. (Vomiting, bloody diarrhea—agh, the worry—but he was better in two days.) This mini-crisis forced me to postpone a visit to my father, now a widower. Dad said he certainly understands.

The next morning, phone rings.

My mom is the one who phones.

Never Dad. Even now, with Mom gone, and him so sad, and us so sad, he doesn’t call.

“I just wondered,” he says, “how the little guy is doing.”

“He’s better. I think he’ll be back to normal tomorrow.”

I am certain that “doesn’t bother anyone” is as good as it will get—is, in fact, high praise.

I am happy and think, “Such is the power of a dog to soften the hearts of even grumpy old men.” 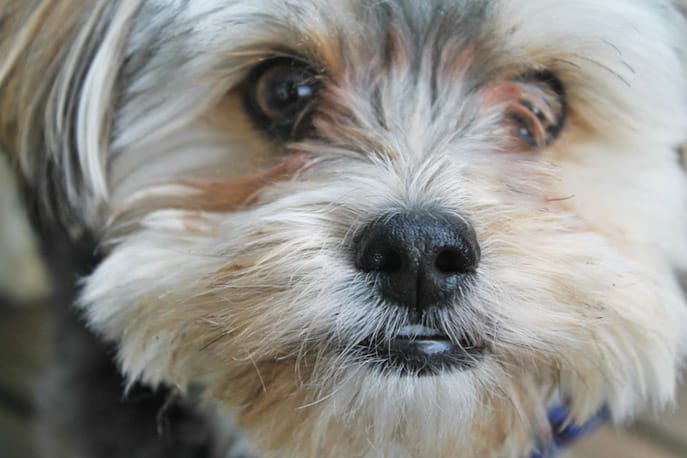 Get in touch today to work with Jacqueline!